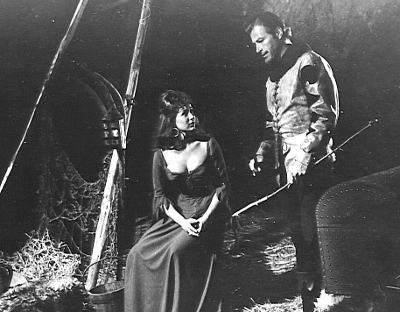 Liana Orfei was born into a circus family. Between 1959 and 1970 she appeared in a series of Italian movie productions. Liana played with Lex Barker three times as the female lead; her mini role in La Dolce Vita  was the fourth time she played in a movie with Lex. The attractive, vivacious Italian woman always appealed to the audience with her natural and pleasant performances.

The daughter of circus owner and famous clown Paride 'Pippo' Orfei appeared in the arena during early childhood already. At the age of seventeen, Liana married juggler Angelo Piccinelli. From 1959 onwards, when Italian film studios like Cinecitta had their heyday, she found her place in the mass-produced movies of her country; but without giving up her circus engagements. Together with her two brothers Nando and Rinaldo she created her own circus in 1962, which became one of the first three-ring shows in Italy — Circo a 3 piste Orfei.

In the cinema, Orfei is mainly seen acting in popular sandal- and adventure movies, partnering strong men. She makes her debut in a costume epic with Rik Battaglia and Livio Lorenzon, The Prisoner Of The Sarazenes (I Reali Di Francia, 1959). During the ensuing years, Liana stands in front of the cameras with almost every foreign actor from America. From the mid-1960s, when the time of the sandal movies has long since passed, Liana Orfei appears in diverse genre productions. Some of the best-known are Casanova '70 with Marcello Mastroianni, the Italo-Western Django Kills Softly / Bill Il Taciturno (1967), The Prophet / Il Profeta (1968) with Vittorio Gassman and Ann-Margret, as well as Fellini's The Clowns / I Clowns (1970) where Liana plays herself.

The new cinema subjects are no longer to Liana Orfei's taste. She ends her movie career, but continues to be active for television and on the stage (also under the direction of legendary playwright Eduardo De Filippo). Of course she remains loyal to the circus. The spectacular circus show titled Il Circo Delle Mille E Una Notte (The Circus Of The 1001 Arabian Nights, 1973-75), featuring five hundred costumes designed by Federico Fellini's costume designer, Danilo Donati, becomes a sensation. Later Liana Orfei tours as a singer in a one-woman show and even records several songs. During the 1980s Liana concentrates her energy entirely on the circus again. Her appearances with the North Korean State Circus, as well as the Golden Circus Festival, which was co-founded by her and is held in Rome each winter, create great attention.


The following interview was recorded in 2002 in Rome and is published here for the first time.


Liana, what do you remember about Lex Barker?

He was so kind. A real human being! He was a big star; I was very young and had no movie experience. He gave me a lot of good advice — made really good suggestions, for example how to style my hair. 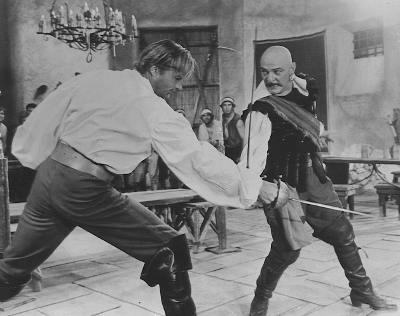 You made costume movies together...

Yes, all of the movies I made with him were costume productions. Those times were the height of the costume movies — with the pirate ships. But we didn't film at sea, we were shooting on Lake Garda. So many things happened, some were nice and others not so nice. During one battle scene in I Pirati Della Costa I was blasted. There was an accident on the ship and I fell into the water... and the bomb was in the water... and I was in the middle of the bomb set-up. My mother was watching from the shore and was crying.

Livio Lorenzon starred in many of those costume movies...

Yes. He was a very good actor, a theatre actor. Livio Lorenzon was so prominent in all kinds of costume films, because he was so good at it. Now it's trendy to have no hair, but in those times, only Livio Lorenzon and Yul Brynner were bald. 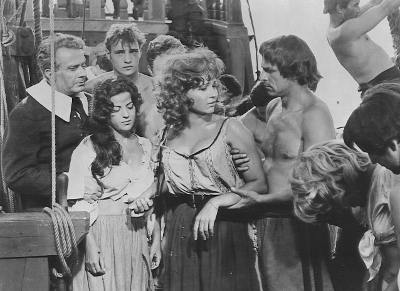 Did you socialize with Lex after shooting?

I didn't live like an actress. I always lived as the mother of a family. The cinema was my work. I started in the morning. When filming was finished for the day I went home. No parties. I never liked this kind of life. And so it was very difficult to meet actors or actresses.

Did Lex ever visit your circus?

No, because when I filmed with Lex my circus was in Milano. When my circus was in Rome, I didn't shoot with Lex. I always met Lex on the set. You know, we wanted to buy a castle together. A small one close to Rome. Lex said: "Why don't we buy it together?" I was really interested because it was a nice castle — ready to live in it. But it was an unfamiliar kind of life for me; we live our lives in the circus world, which is different. But it was very nice to think for a moment about owning a castle together with Lex Barker. When I was a little girl I was enamoured of Lex Barker. To work with him was like a dream come true. 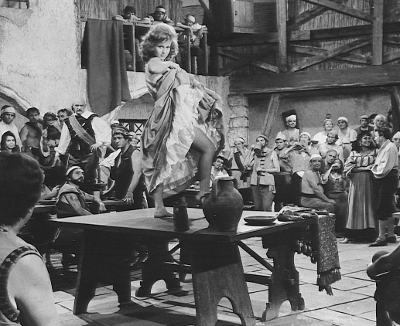 Who were the other international actors you worked with in front of the camera?

Oh, there were many. Steve Reeves (in The Avenger / La Leggenda Di Enea, 1962), Gordon Mitchell (in The Giant Of Metropolis / Il Gigante Di Metropolis, 1961), Guy Williams (in The Hero Of Siracuse / Il Tiranno Di Siracusa), Ricardo Montalban and Vincent Price (in Rage Of The Buccaneers / Gordon, Il Pirata Nero, 1961), Fernando Lamas (in Duel Of Fire / Duello Nella Sila, 1962), Edmund Purdom (in Nefertiti, Queen Of The Nile / Nefertiti, Regina Del Nilo, 1961), or Victor Mature and Orson Welles (in my favourite The Tartars / I Tartari, 1962).

You played with Pierre Brice in Il Mulino Delle Donne Di Pietra (Mill Of The Stone Women, 1960). How do you remember Pierre?

He was family on set. We had a good relationship. It was an interesting horror movie, filmed in former Yugoslavia. 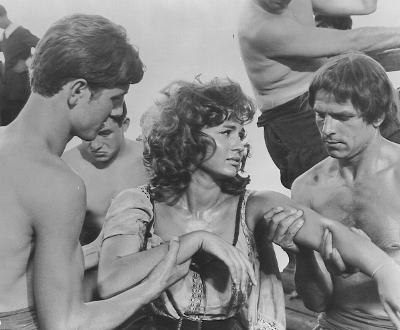 Was the Dolce Vita period a good time for you?

Oh, fantastic. Not just good — it was fantastic. Life was so rich, because I was young, too. (Laughs) But not only for that reason. I think it was a different way of life. Everything was so important. Even the little things were important. At that time, people interacted quite unlike today. Nowadays it's fast, faster — always in a hurry. (Groans) I absolutely prefer the past way of life. Everything was better for me. Also because my family was together. But I won't think about it. Today is marvellous. Today is a day that I live twenty-four hours. And I will find something nice in every hour. I'm conscious of each hour.

So, what's your philosophy on life?

My philosophy is to leave everything I've done in the past. I don't live in my past. I live in my present. Not in my future. I live in the present. Day by day. (Laughs) I think that is the best way to take this very crazy life. We can't bring back yesterday, last year or the time of twenty years ago. Today is for today. 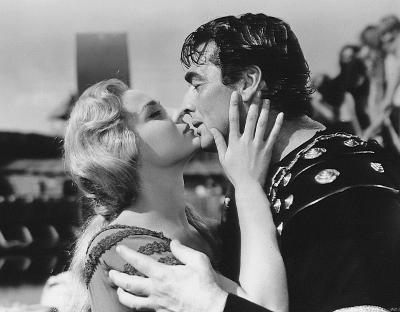 With Victor Mature in The Tartars (I Tartari, 1961)

How did you become an actress?

It was thanks to Federico Fellini. I was working in my circus with my brother. Fellini came to see our show. I was very young — eighteen years old — married, and my daughter Cristina was born. And he suggested that I make a movie. I said: "No, no. I don't like it. It's too dangerous. I have the circus." "You have to try," he said. (Laughs) I didn't make Il Bidone / (The Swindle, 1955) with Fellini, because my face was too young. But many journalists said: "You look old enough."

Then Mario Mattoli, a very important director, asked me: "Won't you make a movie with me? I'm not Fellini, but I'm better than he." (Laughs) "Why not?" I was young and so it started. My first movie was Guardatele Ma Non Toccatele (Look But Don't Touch, 1959) with Johnny Dorelli, Bruce Cabot and many Italian actors. Afterwards many films and television shows followed, and always the circus. I never left the circus.

How old were you when you started performing in the circus?

I was two and half years old. I appeared together with my father, who was a trapeze artist, acrobat, dancer, juggler, lion- and horse-trainer, and many more things.

Why did you stop filming at the end of the Sixties?

The nude films came. Naked filming. That was very difficult for me because my circus family cried: "We have the pope." At that moment, we had to work very right. And so I changed completely. I did my theatre, television, and circus engagements, but I was finished with the movies. All of the new films contained big love scenes in bed. Always naked. I quit! Completely quit.

Thank you for the conversation.